You are here: Home1 / Knowledge2 / Environment3 / What is Silver Stabilised Hydrogen Peroxide?

In this article our industrial water treatment team look at the increasingly popular chemical product silver hydrogen peroxide, used in the disinfection and sterilisation of equipment, hard surfaces, water, wastewater and effluent. The article briefly explains how the catalytic effect of small concentrations of ionic silver can help to both stabilise and boost the performance of the hydrogen peroxide component. The article also includes a review of the benefits of this highly versatile, eco-friendly disinfectant.

What is silver hydrogen peroxide?

In very simple terms, silver stabilised hydrogen peroxide is a very effective, multi-purpose disinfectant that is effective against an extensive range of organisms.

It is now used in a wide range of industrial and commercial applications where the control of bacteria, viruses, moulds and fungi is essential.

This form of silver hydrogen peroxide is both biodegradable and eco-friendly, and it’s suitable for lots of uses in both domestic and commercial settings where a high performance biocide is essential.

Silver has naturally antimicrobial properties, and combines well with hydrogen peroxide to both enhance stability and boost performance to clean effectively and prevent microbes from reproducing.

Chemistry allows the ions in the silver peroxide to react with the cell wall of any bacteria to destroy it entirely, in a range of situations.

It’s now a commonly used chemical in a wide range of industries from pharmaceuticals, healthcare, hospitality and leisure, to the food and drink sectors.

Why use silver as a disinfectant?

Silver has become a popular additive in recent times, and is being found in increasingly more products.

Unlike other metals, tiny particles of silver have been shown to be very effective at killing off micro-organisms yet at the same time are not dangerous for mammals, including humans.

These nano-silver particles are tiny, as small as one billionth of a metre.

This small size lets the particles get into spaces which other larger particles can’t reach.

The silver helps to penetrate cell walls of bacteria, causing changes to the DNA of the cells which stops them reproducing, then kills them off.

What are the benefits of using a disinfectant containing hydrogen peroxide and silver?

There are several benefits in using a silver hydrogen peroxide disinfectant over other types of disinfectant, in a wide range of industry applications. These advantages include:

What is hydrogen peroxide?

Hydrogen peroxide is a compound made up from two molecules of hydrogen and two of oxygen – chemical formula H202 – is a colourless liquid which was first discovered in 1818 by a French chemist Louis Jacques Thénard who was a professor at the Collège de France.

Hydrogen peroxide is most commonly used industrially for bleaching paper and cotton or for making other chemicals, and it forms the base of the products we use to colour our hair.

As the basic components of hydrogen peroxide are water and oxygen, it’s known as the world’s safest sanitiser.

Hydrogen peroxide breaks down into water and oxygen, so has no environmental impact once it is consumed in use.

This makes it ideal for use in the food and drink industry or in water treatment, for cleaning out pipes and other components used to process food products.

Why combine silver with hydrogen peroxide?

Silver is also a chemical element, perhaps best known as a precious metal.

Most of the silver we produce is as a by-product of the refining of other metals such as copper, gold or lead.

Silver’s antimicrobial properties have been known since ancient times.

In traditional Mexican societies, water and milk was kept in silver containers to keep it fresh, and inhibit bacterial growth in hot, tropical temperatures.

After the discovery of antibiotics, the use of silver to beat bacteria fell out of fashion.

However, given the increasing concern over antibiotic resistance and “superbugs”, researchers are again exploring the properties of silver as an effective antibacterial agent.

When silver hydrogen peroxide is used the ionic silver components are incorporated into the cells of the bacteria which it kills, and bacteria which are killed by the silver release the particles of silver back into their environment, where it can then go on to kill more bacteria.

In many water systems, copper can also be combined with silver to create an even more effective disinfectant.

Our experts can provide advice and support to help you identify the most appropriate strategies for the identification, investigation and implementation environmental hygiene and water management programmes.

Contact us today to learn how our environmental hygiene solutions can help improve your processes. 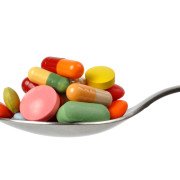 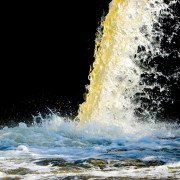 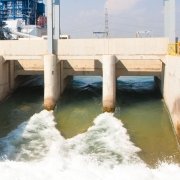 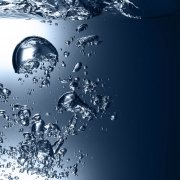 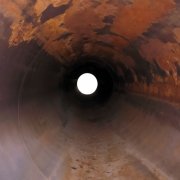 What is Water Resilience?