Total Aerobic Colony Counts, commonly abbreviated using the acronym TACC, is one of the most misunderstood aspects of water quality analysis and microbiological testing. Partly it’s because microbiologists and water management professionals are so accustomed to using jargon that it becomes second nature, and they don’t realise that the terms they are using baffles and confuses the layman. Then when they’re asked to explain Total Aerobic Colony Counts in words of one syllable, they get all tied up in complicated scientific knots, and are unable to articulate simply what they are talking about.

What are Total Aerobic Colony Counts?

Total Aerobic Colony Counts or TACC doesn’t have to be complicated. It’s basically a way of describing what microorganisms have been found in a water sample, and how many microorganisms were found. It’s not just bacteria which are counted in a TACC test, it’s also similar microorganisms such as yeasts or moulds.

Bacteria and these other types of microorganisms are present everywhere, and getting a “zero” result is virtually impossible. The key is understanding what a normal result is for you and your water systems.

To complicate matters even further, the term TACC isn’t universally used in the water testing industry, and TACC can stand for other things too. You’ll also hear and see people talking about TVC (Total Viable Colony) or even ACC (Aerobic Colony counts).

Why should we be interested in testing for TACC?

TACC is a popular measure of the overall water quality. It can be done as a quick and simple test and the results are indicated on a dip slide rather than having to go through the laborious process of taking water samples, sending them off to the lab and then waiting days for the results to come back.

Testing for Total Aerobic Colony Counts can quickly identify when something has gone wrong in your water safety and microbial control programme – why has the number of bacteria doubled in 48 hours? Did we forget to add water treatment chemicals or has something else happened?

This type of measurement helps to alert people managing water systems of any potential issues allowing them to take appropriate action before bacteria reach levels which could start causing illness. When dealing with drinking water, higher levels of bacteria can often make the water taste stale, it may also have a strange odour, even at levels which might not be harmful to human health.

Total Aerobic Colony tests can help spot increased levels of microbial activity that could include all sorts of potentially nasty bacteria lurking in your domestic or industrial water systems. Typically, these bugs could include coliform bacteria which includes things like E.coli.

If the tests come back as normal for your system with no elevated levels of bacteria being shown than that’s great news – it shows that whatever methods you have in place for controlling microbiological growth in your water systems are working. Keep doing what you’re doing, and remember to keep up your TACC testing program rather than resting on your laurels and assuming everything is all right.

How to test for Total Aerobic Colony Counts

There are lengthy EU guidelines about testing for TACC, when it should be done and the correct processes for doing the tests which you are free to read should you please. It’s a technical, complex read which is packed with jargon and unlikely to be of interest unless you are a keen microbiologist.

The EU guidelines are just that – guidelines – and not a legal requirement. However, organisations have the responsibility of coming up with their own programme of testing the water, at intervals which are appropriate given the circumstances for their business. If you are unsure about how to pull together a schedule of testing then it’s best to ask an external water safety specialist like Water Treatment Services to help you get it right.

There are a couple of options for testing for TACC. The easiest method is by using a dip slide which is simple and cost effective, and gives you results quickly, but is only a general indicator and is much less detailed than laboratory testing.

You also don’t need any particular scientific background to analyse the results from a home testing kit as often you’re just comparing the results from the previous samples. If your test results indicate that the levels of microorganisms in your water are gradually creeping upwards, then it could be time to consider taking a larger sample to send off for proper testing in the lab.

In most cases, the Total Aerobic Colony Count protocols recommend water is tested when it is at a temperature between 22oC and 37oC, with particular emphasis being placed on testing in water cooling towers. The protocols also recommend having a strong procedure for keeping records to help pick up any sudden changes in the test results which could indicate some sort of problem.

It doesn’t really matter whether you keep paper records in a folder in the office, have an app on a tablet or a spreadsheet on the office computer – as long you are keeping records and in a format which makes it easy to compare results from different periods and identify when action needs to be taken to address any issues.

Getting expert help with your water quality analysis

Testing for Total Aerobic Colony Counts can be complex, and it’s important to get it right especially if operate cooling towers or you’re in the food production or drinking water sectors. It’s worth thinking about paying for external experts such as Water Treatment Services or hiring an in-house microbiologist to keep on top of your water testing and maintenance programme in order to nip any issues in the bud. 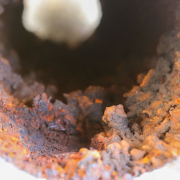 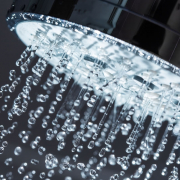 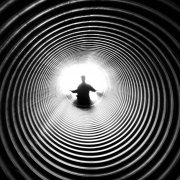 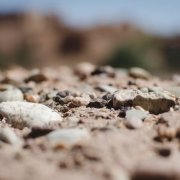 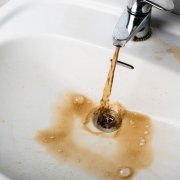 How to Test Drinking Water in 5 Easy Steps 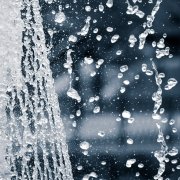