This environmental guide has been written by the air quality specialists at WTS and considers the most common types of air pollution found in the UK including particulate matter, ozone, sulphur dioxide and nitrogen dioxide. The guide examines each pollutant separately, explaining what it is, where it comes from, and how exposure can affect human health.

What are the common types of air pollution?

There are lots of different pollutants in the air we breathe.

Some of these compounds can be more harmful than others, and the levels of these types of pollutants vary across different parts of the UK.

For example, high concentrations of pollutants from traffic exhaust fumes are often found in towns and cities.

In rural areas, pollution from farm pesticides and the treatment of soil may be more of an issue.

Types and levels of air pollution can also be affected by the weather.

The most common, and dangerous air pollutants which are found include:

What is particulate matter?

PM is a mix of both liquids and solids… it can include carbon, sulphates, nitrates, complex organic chemicals, water suspended in the air and dust.

Particulates in the air can also vary hugely in size and concentration.

Large particles, especially dark ones such as smoke, dirt, soot or dust are often easily visible to the naked eye.

However it’s the smaller, invisible airborne particles which are more dangerous to human health.

These tiny particles are often called PM10 and PM2.5.

The numbers refer to the size of the particles expressed in microns, or a millionth of a metre.

A PM2.5 particle means that its diameter is smaller than 2.5 microns, and a PM10 being smaller than 10 microns.

These are not visible to the naked eye and are known as fine particles.

Even smaller are the PM0.1 particles (below 0.1 micron in diameter), also known as ultrafine particles.

Where does particulate matter pollution come from?

Most of the particulate matter in the air we breathe is man-made.

It is produced during industrial processes in factories, from the exhaust fumes of cars, lorries or buses, from building work or dust thrown up from road surfaces.

In addition to these man-made sources there are other, natural sources of particulate matter.

The pollen which causes hay fever in summer is a form of PM.

Dust produced by a volcano is also PM, as is sea spray and soil particles.

Chemical reactions in the air which form sulphur dioxide or nitrogen dioxide can also result in the formation of particles.

How does particulate matter affect your breathing?

What happens when you breathe in air containing particulate matter?

Well, in a large part that depends on the size of the particles in the air.

Small hairs inside your nose are designed to trap the larger particles and stop them reaching your lungs.

Some ultrafine particles (below 0.1 micron in diameter) might contain toxic substances which are linked to cancer.

If you have asthma, you may suffer more severe symptoms than other people, and experience irritation in your nose or throat.

People with diagnosed lung conditions such as asthma, COPD or bronchitis might end up in hospital due to problems caused by PM.

Particulate matter is also linked with early deaths from both heart disease and lung disease.

In addition, there is growing medical evidence that being exposed to particulate matter can raise your risks of developing lung cancer or asthma.

One of the main causes of urban air pollution is a gas called nitrogen dioxide, or NO2,.

This is a common pollutant which comes from vehicles, heating and power stations.

One of the main causes of nitrogen dioxide air pollution is diesel vehicles, especially in busy city centre locations.

Nitrogen dioxide can exacerbate symptoms of asthma or COPD in affected people.

It might cause coughing or wheezing as it irritates and inflames the airways.

Children and the elderly are more affected by any airborne pollutant.

Ozone is a gas found in the upper levels of the earth’s atmosphere where its job is to absorb harmful radiation from the sun.

The chemical formula for ozone is O3, meaning that the gas is composed of three molecules of oxygen.

Ozone forms during a chemical reaction between oxides of nitrogen from cars, chemical plants or power plants and the rays of the sun.

In the UK, ozone levels are higher in the spring and summer, and decrease over winter.

Unusually for air pollution, levels are higher in rural areas than in towns and cities.

Ozone also irritates lungs and airways, in both healthy people and those with an underlying breathing conditions.

If the ozone levels are very high, it can cause discomfort when breathing.

You may find your asthma suddenly gets worse, or that your lung capacity is reduced.

People who have asthma often find that they need to use their blue reliever inhaler more if the ozone levels are high… it may also cause coughing or wheezing.

There’s a direct correlation between high levels of ozone and more people being admitted to hospital with breathing difficulties.

You won’t be able to see sulphur dioxide but you’ll certainly be able to smell it as it has an acrid, choking smell.

The gas is produced when fuels such as coal and oil are burned to run vehicles, generate power or heat our hones.

Sulphur dioxide can travel long distances and plays a part in the formation of ozone.

It can result in a feeling of tightness in the chest, or coughing.

The flow of air into the lungs can be reduced as the airways narrow, and it may also increase coughing and mucus production.

People might become more prone to developing chest infections, and it can worsen COPD or asthma symptoms.

People diagnosed with asthma might find it more difficult to breathe when there are high levels of sulphur dioxide in the air.

Contact us today to learn how our air testing solutions can help keep you, your staff and other people safe from exposure to air pollutants. 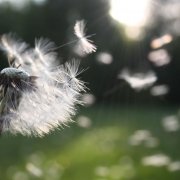 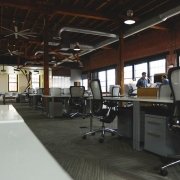 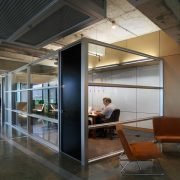 All About Sick Building Syndrome or SBS 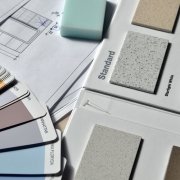 What is a BREEAM Indoor Air Quality Plan? 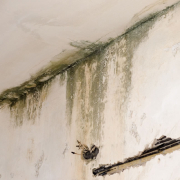 How to Prevent Mould Growth in the Workplace 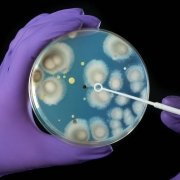